Given that land trusts make a pledge to conserve farmland, forests, and natural areas in perpetuity, it's not a stretch to see how advocating for energy efficiency is part of their mission. Check out how King Arthur is starting to lead. It's part of your land trust's mission to speak up

“King Arthur Flour works with mills and farmers across the nation to supply home bakers everywhere with some of the finest flours and baking supplies available. It takes a lot of time and energy to transport our products to stores and kitchens across the country, and we are acutely aware of the impact all that transportation has on the environment.

Therefore we were pleased to see Gov. Phil Scott announce that Vermont will join eight other states and the District of Columbia this year to collaborate on developing a regional, market-based policy to reduce greenhouse gas emissions and modernize our transportation system…” 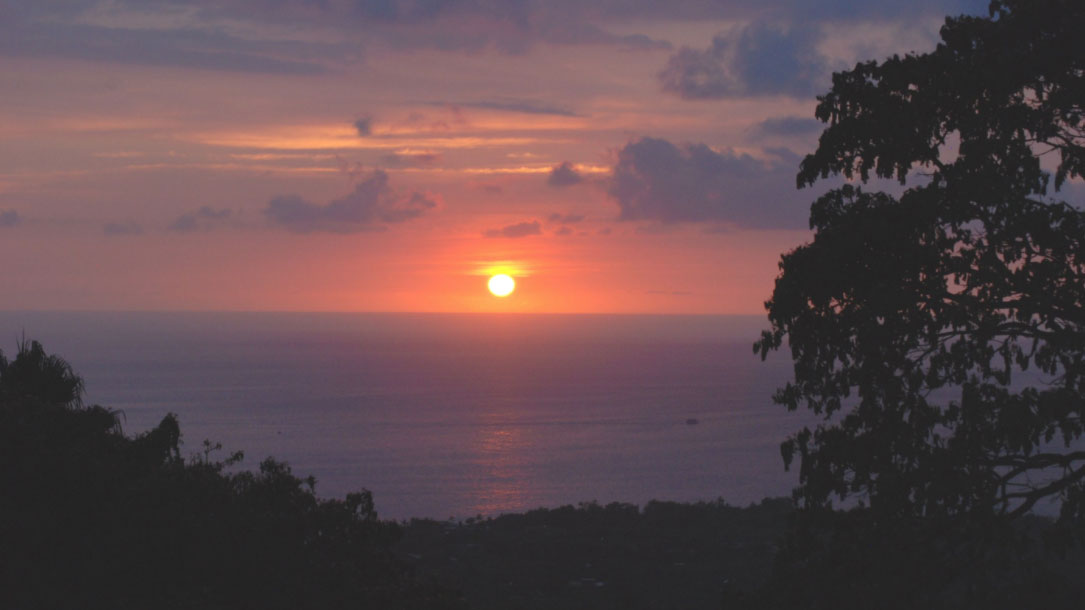 You and your local land trust can begin to talk about climate change impacts. TNC shows how to do this. And, the New York testimony is inspiring, no matter where you live.

“Thank you for the opportunity to testify before you today on this issue. The Nature Conservancy is enthusiastic about climate mitigation legislation passing in New York State during the 2019 Legislative Session. First and foremost, thank you Assemblyman Englebright for championing this issue and continuing to call for strong action from New York in leading the nation…

Earlier this month, the Intergovernmental Panel for Biodiversity and Ecosystem Services (IPBES) released its first report detailing past biodiversity losses and prospects for people and natureii. Governments and scientists agree we are exploiting nature faster than it can renew itself.

The IPBES report is a shocking wake-up call. The report clearly shows how rapid deterioration of nature threatens our food, water and health, and worsens the impacts of climate change. Achieving economic and development goals, as well as climate goals, will require tackling this accelerating loss of biodiversity…” 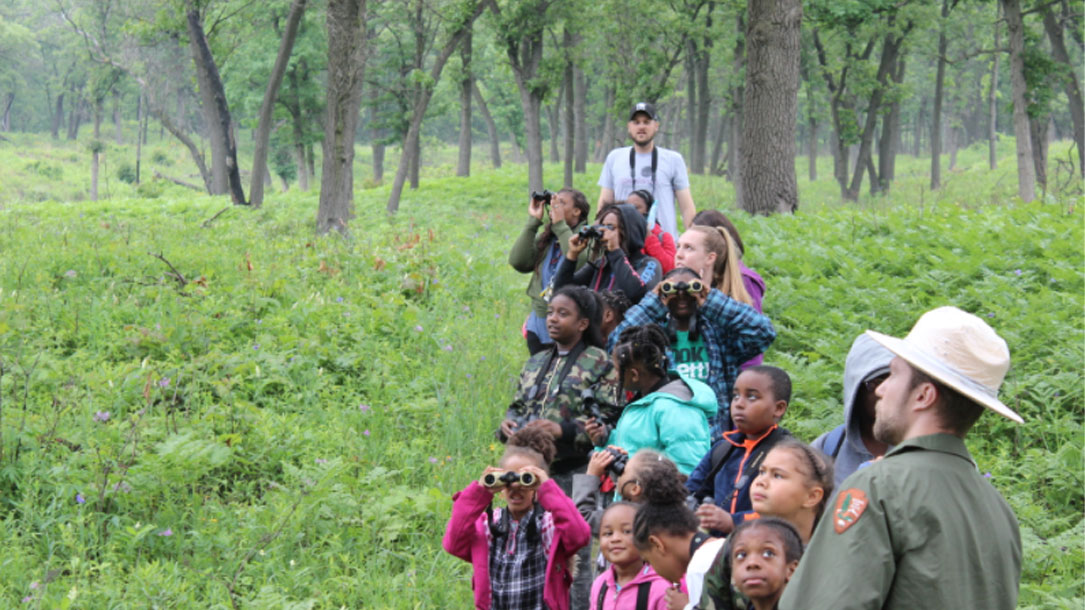 The Land Trust Alliance has just published an article about land trusts taking action, in a variety of ways, to address climate change with, or within, their communities.

Then, on Black Friday, the federal government released Volume II of the Fourth National Climate Assessment (NCA), which forcefully affirms climate change is here and now and that humans are the primary cause.

Finally, just as word came that 2018 would likely be the fourth warmest year on record, the U.N. released an emissions report confirming that nations are falling far short of goals set in the Paris climate agreement. (Early in 2019, studies confirmed that U.S. carbon emissions, rather than falling in 2018, rose by 3.4%.)”

That’s an excerpt from a new article by the Land Trust Alliance facing the reality of climate change. The good news is that land trusts across the country are finding ways to inspire change.

The article highlights a wide variety of land trusts, both large and small, and identifies leaders like Brandon Hayes, who directs communications for Openlands in the Chicago region, and who saw last fall’s climate reports as “a chance to extend the organization’s commitment to ‘be bold about climate in our messaging.’ The issue’s politicization is awkward for land trusts, he acknowledges, but climate change is a strategic priority for Openlands—and one it covers prominently: ‘What’s the point of being a leading conservation organization if you can’t speak out on an issue this important?'”

Openlands is not alone. Scenic Hudson Land Trust, Tinicum Conservancy, Kestrel Land Trust, Athens Land Trust, and The Nature Conservancy are all featured in this article. It’s worth reading. 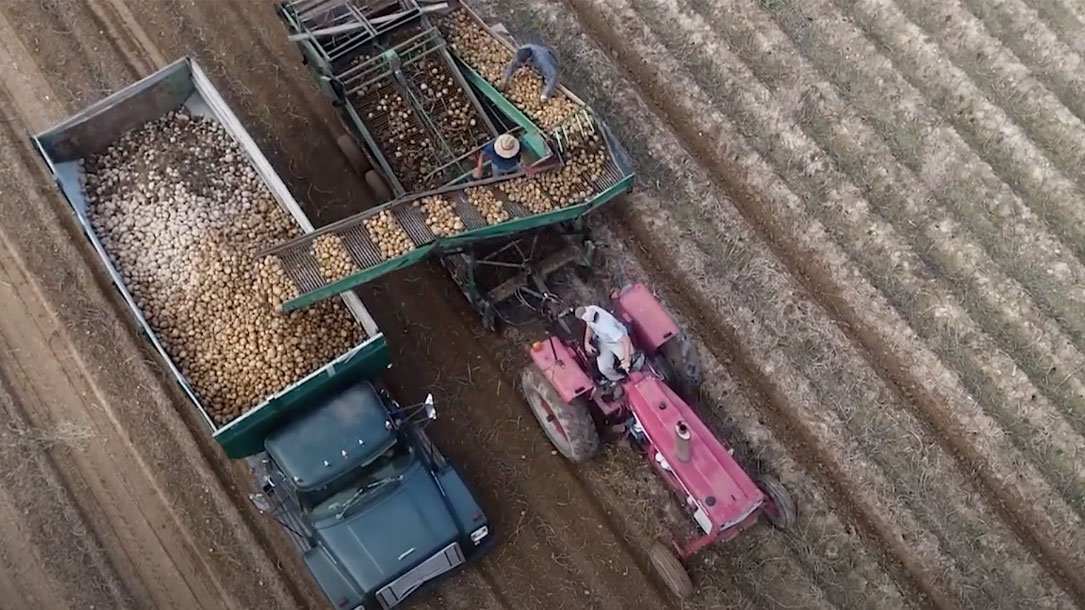 American Farmland Trust is spreading the word. Could you share this? Or create your own version with local farmers?

Farmers take risks all year long and with climate change, those risks are growing with extreme and unpredictable weather. Yet we know from research that soils can and do impact how fast climate change will accelerate—or slow down.

American Farmland Trust, in partnership with farmers and partners, is ramping up its communications efforts to support farmers in this transition. Check out this short video where the farmers of Long Island, NY, talk about the changes they have made, and why. 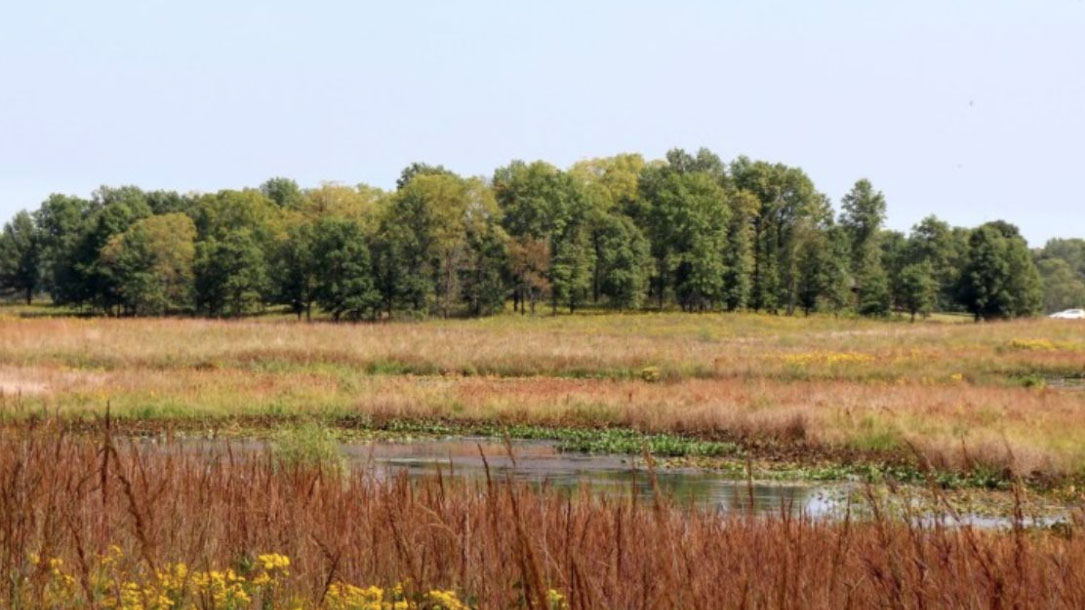 These Summary Findings represent a high-level synthesis of the material in the underlying report. The findings consolidate Key Messages and supporting evidence from 16 national-level topic chapters, 10 regional chapters, and 2 chapters that focus on societal response strategies (mitigation and adaptation). Unless otherwise noted, qualitative statements regarding future conditions in these Summary Findings are broadly applicable across the range of different levels of future climate change and associated impacts considered in this report. 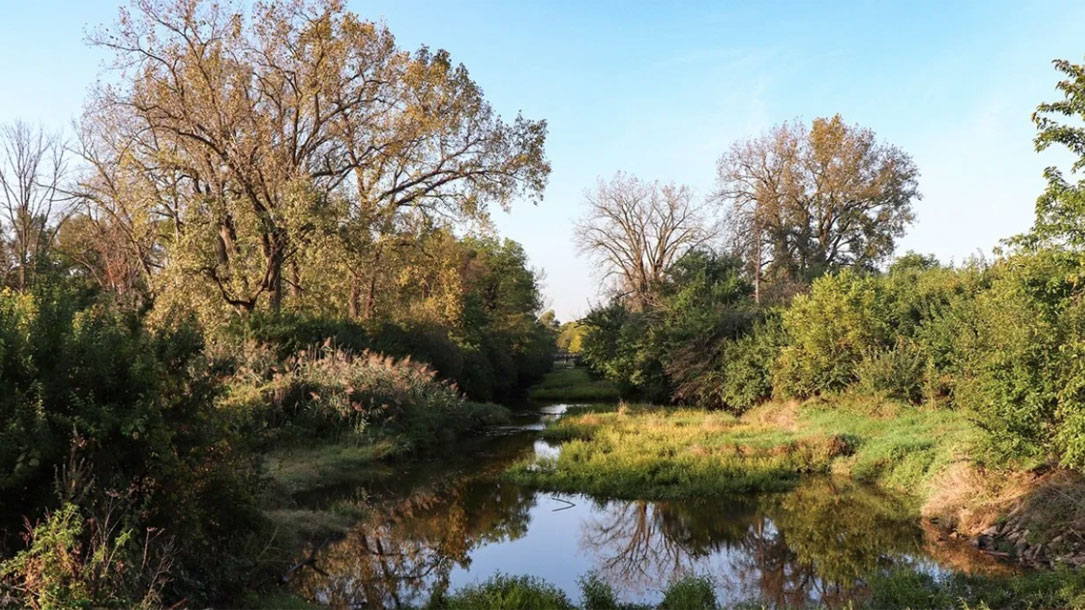 What land conservationists can do: Open Lands Land Trust is communicating about climate change

Climate science can be cumbersome and disheartening, including when the White House released the much anticipated Fourth National Climate Assessment, a sweeping Federal review of the impact of climate change on the natural environment, agriculture, human health, forests, transportation, and natural resources. The report, which was authored by scientists from 13 federal agencies and climatologists from across the country, documents in explicit terms the changes to our climate that have already occurred in the United States.

The Open Lands Land Trust observes that reports like this no doubt will lead to some anxiety for many of us. But they want to prepare you with information and talking points so you can advocate for climate action right now. 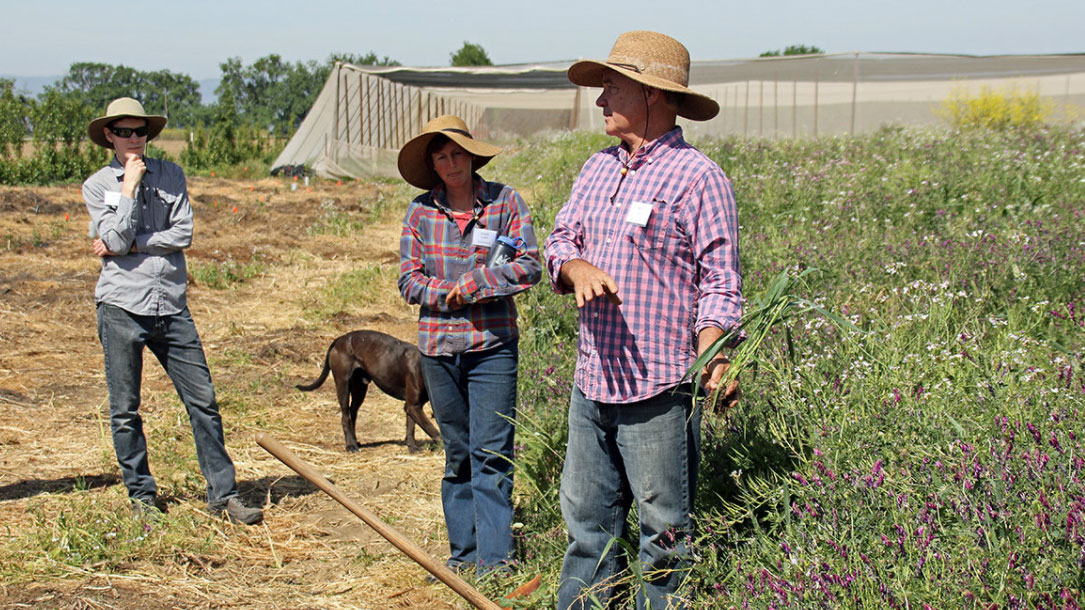 Soil is the foundation of agricultural productivity and sustainability, global food security, and our rural economies. Healthy soils (see the program in California) not only lead to reduced greenhouse gas emissions, but also improve crop yields, drought and flood tolerance, and air and water quality. The health of our soils is improved through farm management that increases soil organic matter and reduces reliance on fossil fuel-based inputs. 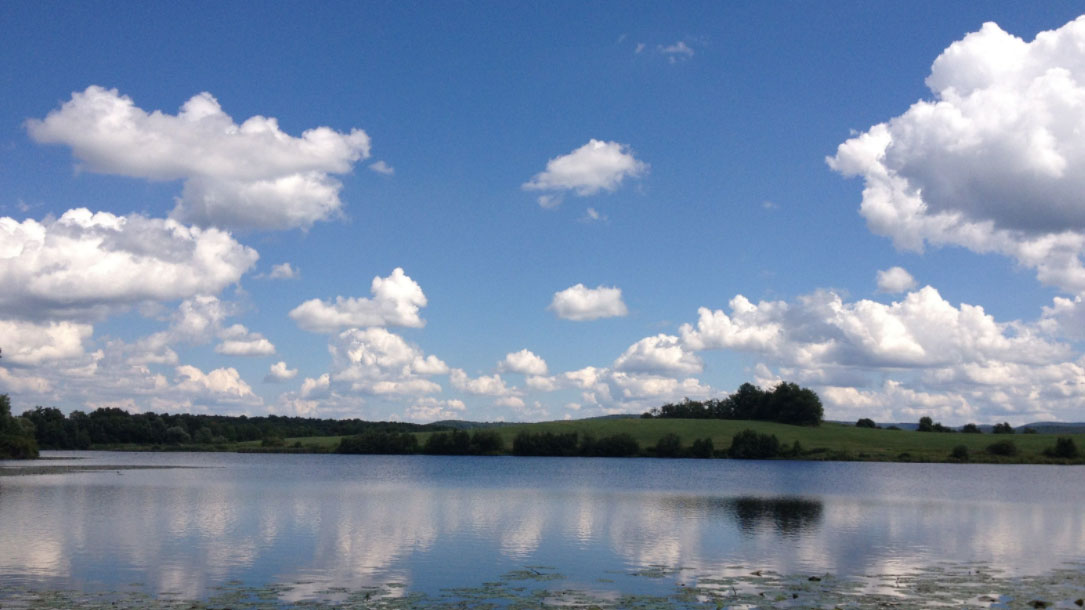 They've also spent some time looking at their internal operations to identify where small changes could make an impact. If your local land trust is looking for ideas on where to start, this might be an interesting list to consider...

Peconic Land Trust’s (PLT) values and goals reflect their organization’s desire to protect their environment and appreciate the natural resources of Long Island, New York. Over the last several years, PLT has taken steps to minimize their carbon footprint by making their offices more efficient and by integrating “green principles” throughout the organization. 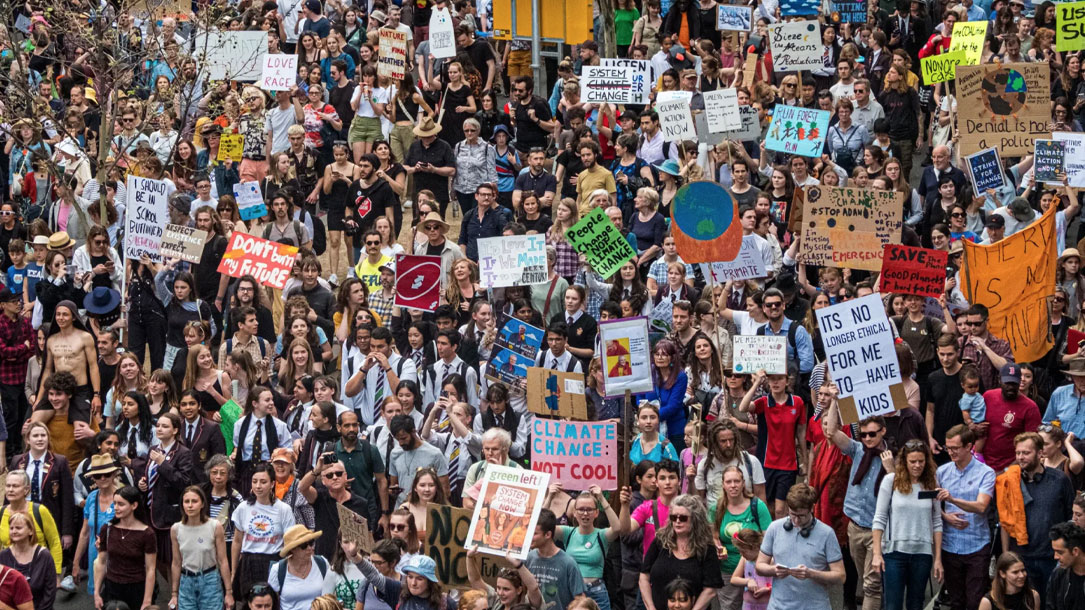 How do you convene your community on climate change? Here are some tips

The Climate Generation Climate Convenings Toolkit can help you organize a public gathering on climate change solutions in your community.

The Toolkit shares the essential elements for effective public conversations on climate change, as well as the practical tools for planning and implementing a convening in your community. The 20+ page guide is geared toward anyone interested in catalyzing deeper conversation, understanding, and action on climate change. 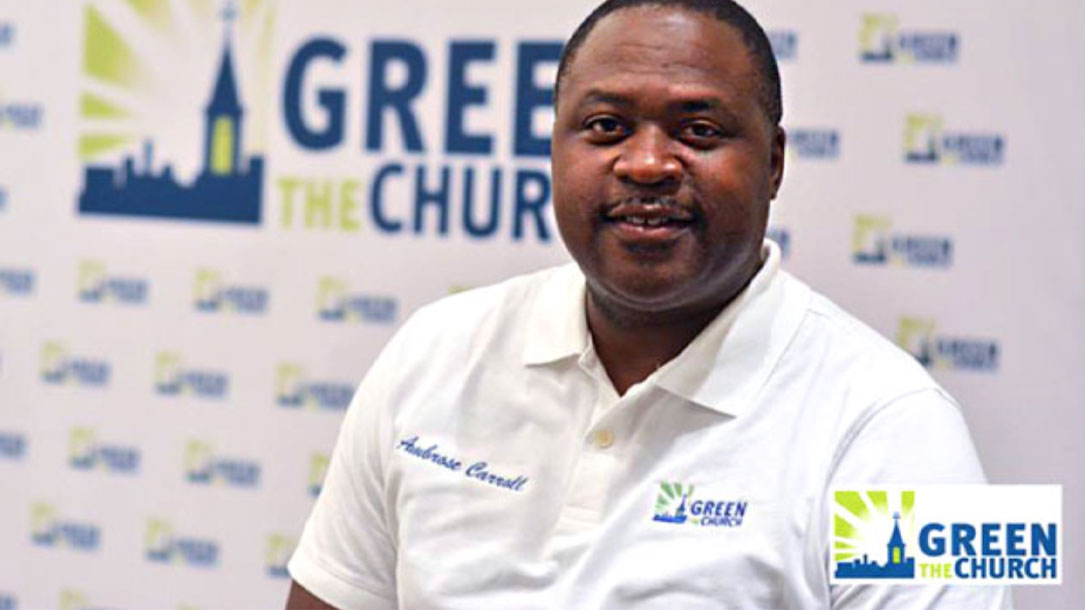 Who in your community cares about the impacts of climate change? Could your land trust partner with religious organizations?

Reverend Doctor Ambrose F. Carroll says that African American churches are not often associated with environmentalism. But he wants to change that.

So, he founded Green the Church, a campaign to motivate environmental action at black churches. At Green the Church trainings, workshops, and conventions, faith leaders teach pastors and other church representatives the religious importance of protecting the earth. And, they provide strategies for engaging churches in renewable energy, food security, and environmental justice.