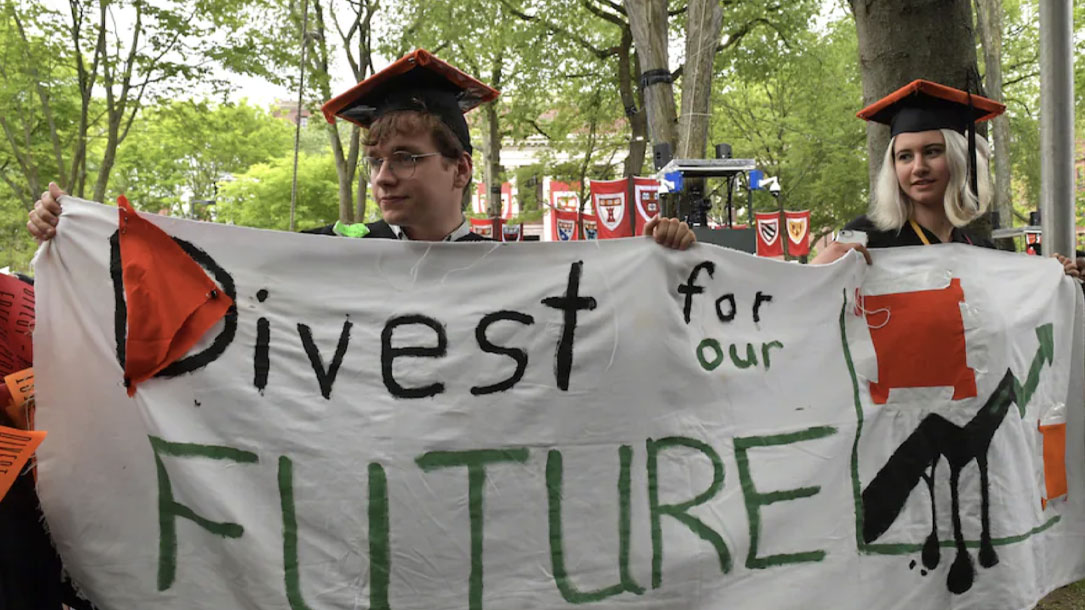 Institutions are beginning to take action against climate change. "For years, Harvard resisted calls to cut off funding for oil and gas firms despite demands from many students, alumni, and outside advocates."

“Harvard University prides itself on being on the cutting edge of climate policy and research. Its students and faculty have deployed drones over the Amazon, worked on a “bionic leaf” to turn sunlight and water into fuel and fertilizer, and searched for a cheaper electrochemical method of capturing carbon dioxide.

But there’s at least one step on climate change that Harvard has not taken: divesting the university’s $39 billion endowment of investments in fossil fuels.” 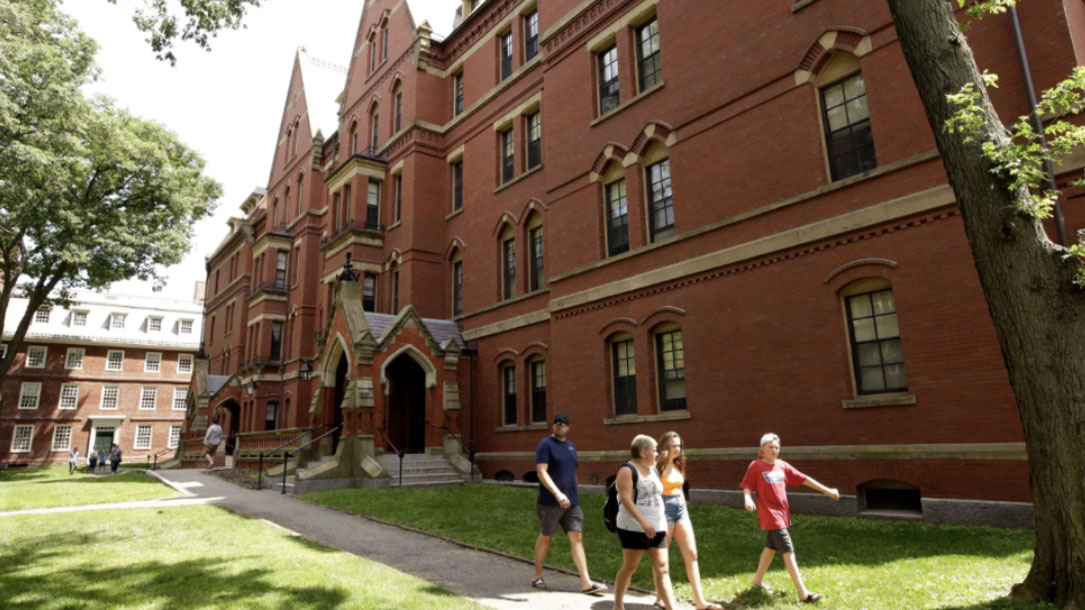 When your land trust or community organizations divest from fossil fuels, it's important to talk about why. Most will stress the moral and climate imperative. It's also helpful to talk about avoiding "stranded assets" and ensuring that conservation organizations have a strong footing for future generations.

The action is likely to have ripple effects in higher education and beyond, given Harvard’s $41 billion endowment and its iconic status among American institutions. For years, Harvard resisted calls to cut off funding for oil and gas firms despite demands from many students, alumni, and outside advocates.
“We must act now as citizens, as scholars, and as an institution to address this crisis on as many fronts as we have at our disposal,” Harvard President Larry S. Bacow said recently in a statement to the university community… 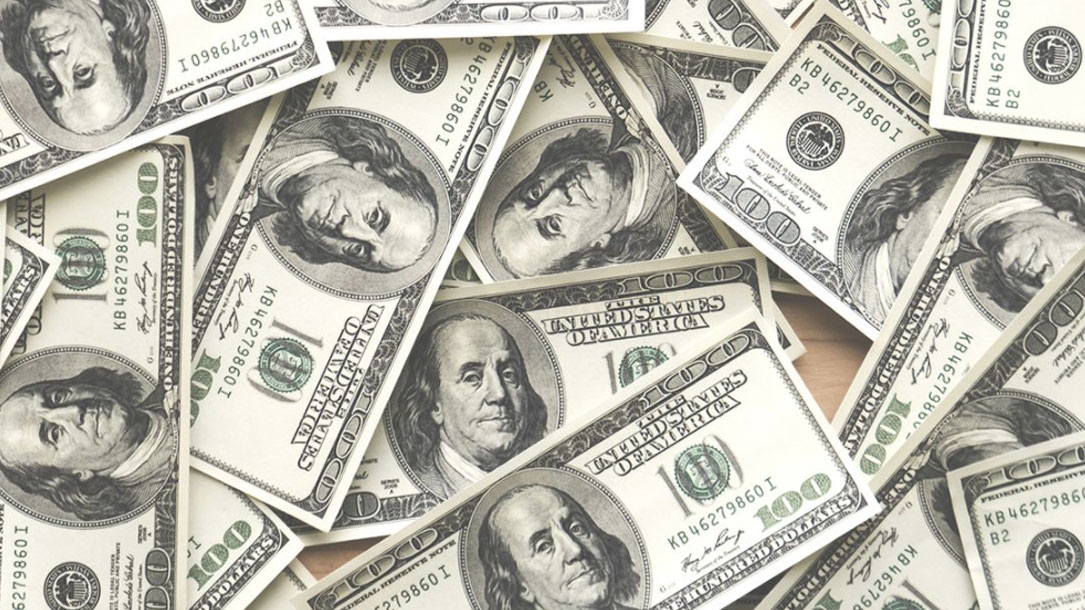 When your land trust or community organizations divest from fossil fuels, it's important to talk about why. Most will stress the moral and climate imperative. It's also helpful to talk about avoiding "stranded assets" and ensuring that conservation organizations have a strong footing for future generations.

Carbon Tracker introduced the concept of stranded assets to get people thinking about the implications of not adjusting investment in line with the emissions trajectories required to limit global warming. 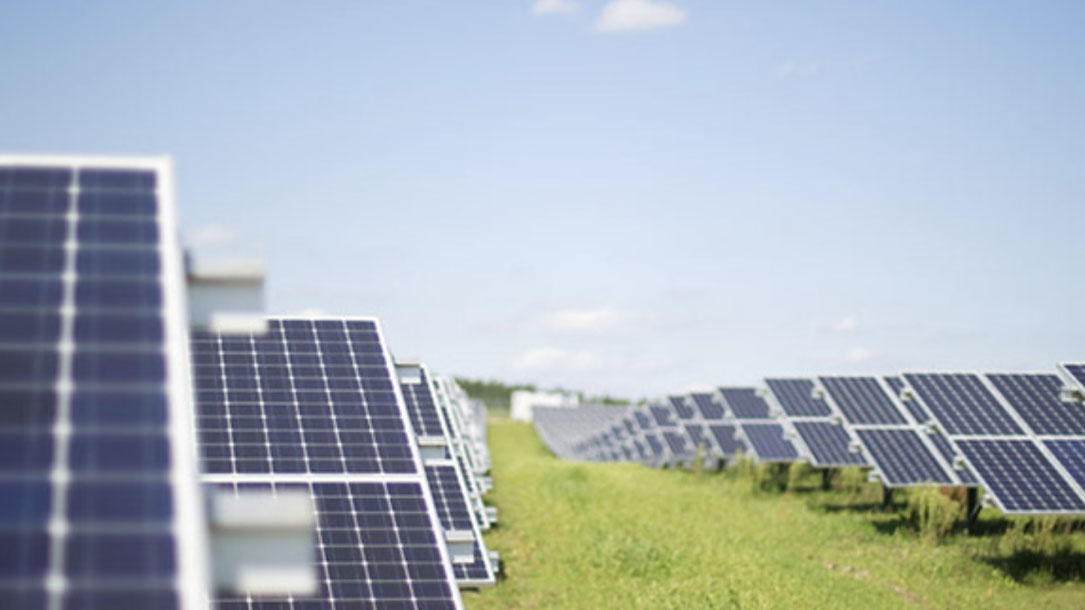 Why put a price on carbon?

We are going to need to promote energy conservation incentives and renewable energy if we are to save the species we all cherish. That means advocating for dual-use, compatible renewables like wind and solar.

It also might mean that you encourage your local and regional conservation groups to support the Citizen Climate Lobby’s work on bipartisan efforts to put a price on carbon pollution…and then talk about why they are doing that. 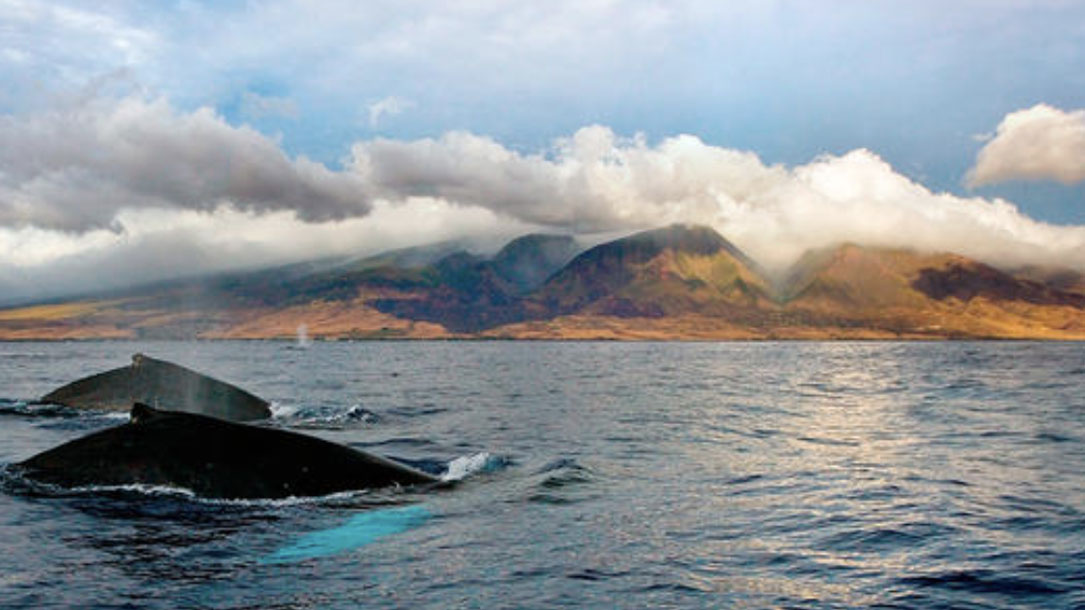 30 x 30: NRDC’S commitment to protect nature and life on earth

This initiative provides a ray of hope into our collective efforts to conserve what has become even more important to our communities during the pandemic.

“To prevent mass extinctions and bolster resilience to climate change, scientists warn that we must protect at least 30 percent of our lands, rivers, lakes, and wetlands by 2030. At the same time, we must also fully and highly protect at least 30 percent of our oceans by 2030 to help safeguard marine ecosystems and fisheries that provide food, jobs, and cultural sustenance to billions around the world.

We have the tools to create a better, healthier future for our planet—and ourselves—but we must act now…” 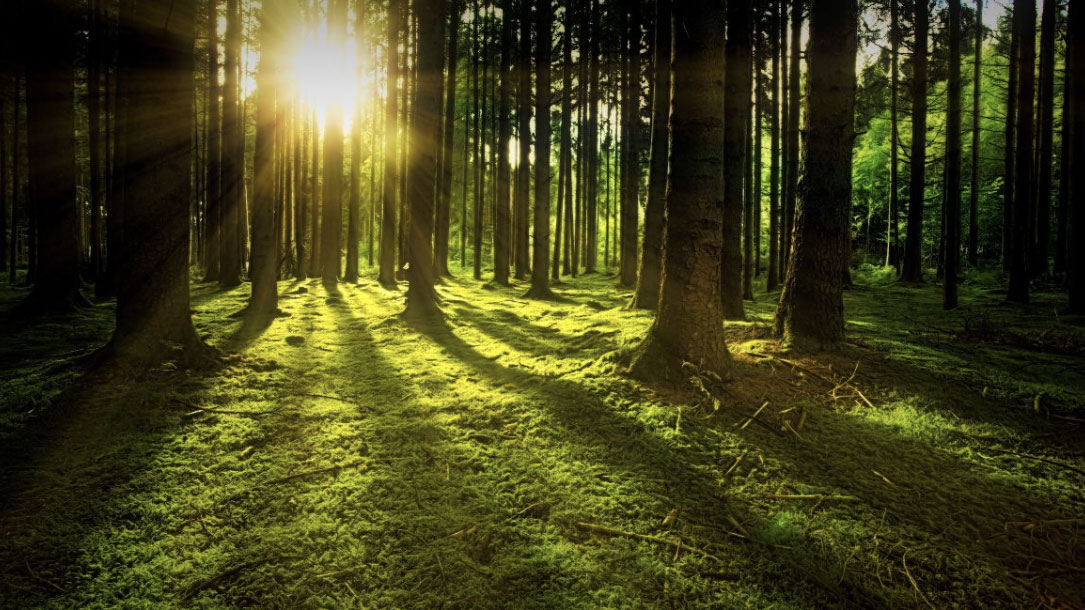 A top U.S. seller of carbon offsets starts investigating its own projects

Are your local land trust, or state conservation groups, considering carbon offsets? Understanding both the reality and the perceptions about offsets—and how to communicate the reality—is going to be central to success.

Following concerns that it is facilitating the sale of meaningless carbon credits to corporate clients, the Nature Conservancy says it’s conducting an internal review of its portfolio of carbon-offset projects. The nonprofit owns or has helped develop more than 20 such projects on forested lands mostly in the U.S., which generate credits that are purchased by such companies as JPMorgan Chase & Co., BlackRock Inc., and Walt Disney Co., which use them to claim large reductions in their own publicly reported emissions… 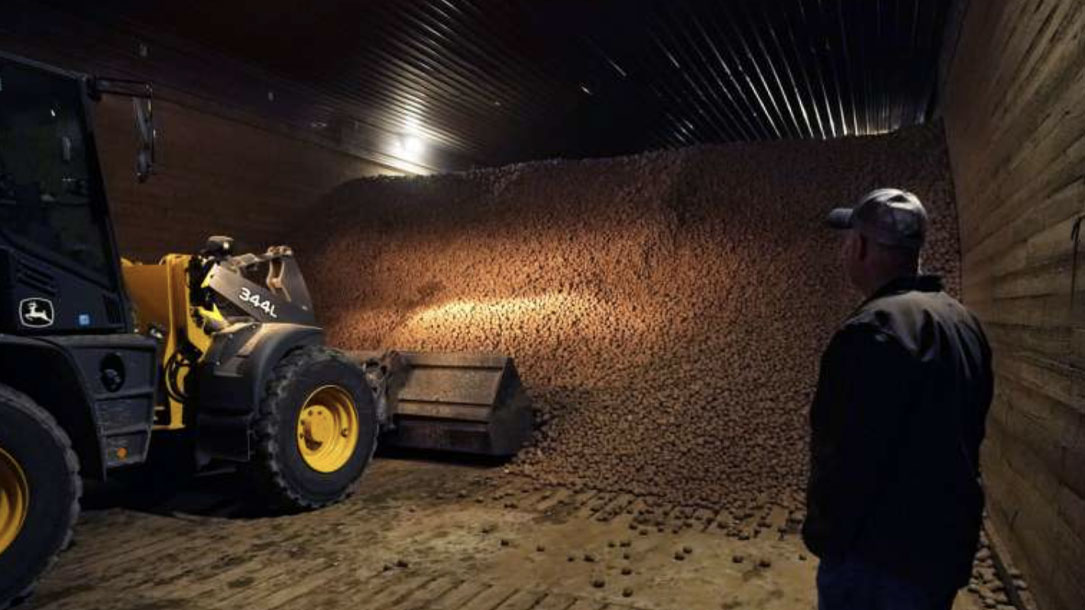 New problems arise for crop storage as planet gets warmer

Helping people understand the impacts of climate change on agriculture is important if we are going to prioritize solutions, including soil health, agricultural viability, and renewable energy that are compatible. When we think about farm and ranchland viability, climate change is going to be an increased stressor.

“There’s a big disconnect in our minds about the chain of events between the field and the grocery store and onto our plate,” [plant physiology scientist Courtney Leisner at Auburn University] said. “Just a few degrees can make all the difference in whether it’s economical to store the fruits and vegetables that we expect to have on our dinner table 365 days a year.”

Aside from potentially higher prices, climate change may worsen food shortages caused by spoilage. About 14% of food produced globally—and 20% of fruits and vegetables—goes bad between harvest and retail, according to the United Nations Food and Agriculture Organization. Wasted food is a significant source of greenhouse gases… 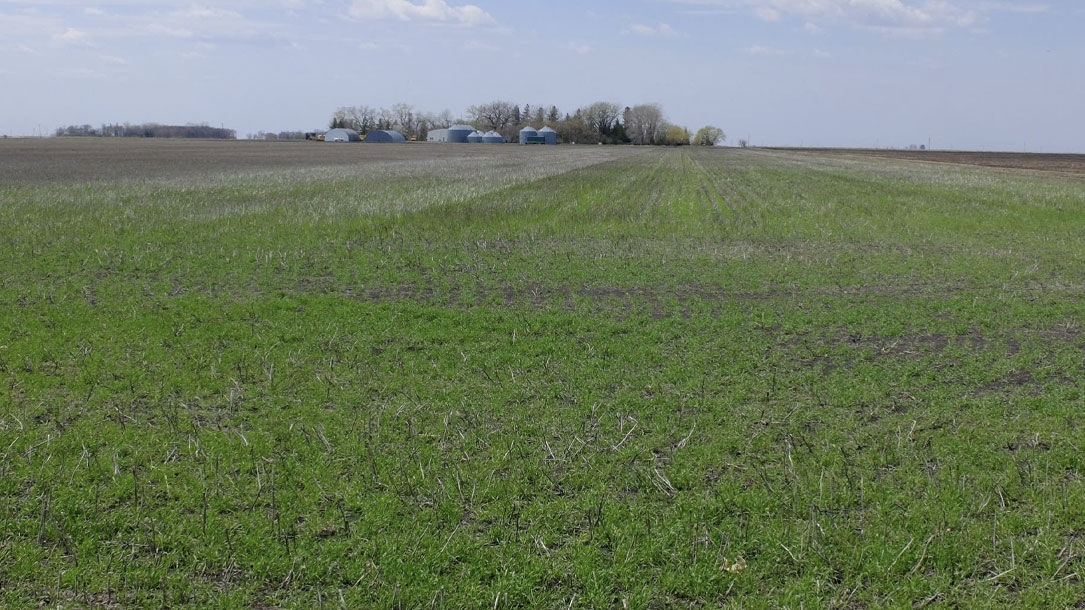 A ‘carbon bank’ could mean extra cash for Midwest farmers

Farming can be part of the climate solution with "climate-smart" farming practices. A lot of these practices are common sense, but with farming margins tight, many farmers and ranchers need economic assistance to make it happen. Check this out—and consider what your state can do.

Land O’Lakes, through its sustainability arm, Truterra, last week launched a carbon exchange program in which companies that want to reduce their greenhouse gas emissions can buy credits, and farmers get paid for increasing carbon storage in the soil… 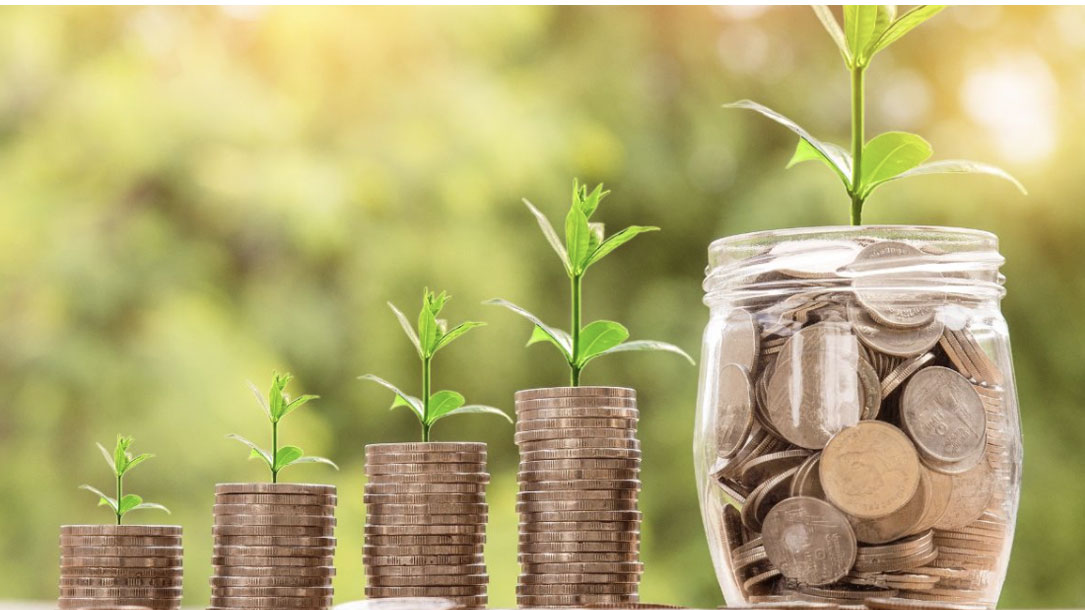 The shift by the nation’s leading money manager is sure to be closely watched by its rivals and the rest of corporate America. Is your local conservation group walking the walk and investing with climate in mind?

“Climate change has become a defining factor in companies’ long-term prospects,” BlackRock chairman and chief executive Larry Fink said in his annual letter to chief executives. “But awareness is rapidly changing, and I believe we are on the edge of a fundamental reshaping of finance.” 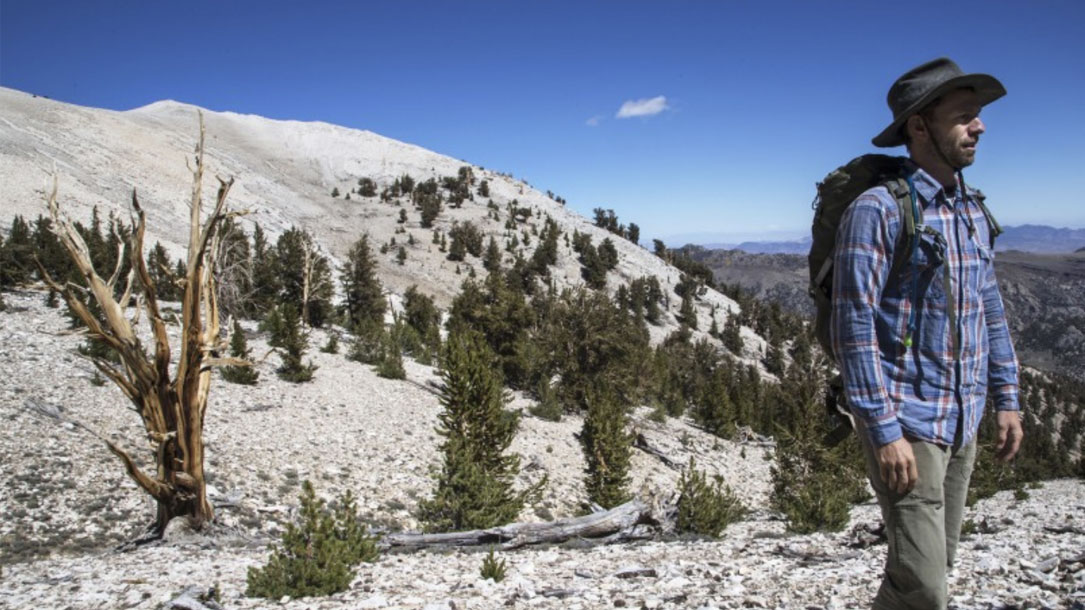 Have the conservation organizations in your life faced the reality of the financial, and moral, status of their investments? All over the world nonprofits and financial institutions are divesting. This week it was announced that New York's $226 billion pension fund is dropping fossil fuel stocks. The fund will divest from many fossil fuels in the next five years and sell its shares in other companies that contribute to global warming by 2040.

The University of California announced…that it has fully divested from all fossil fuels, the nation’s largest educational institution to do so as campaigns to fight climate change through investment strategies proliferate at campuses across the country.

The UC milestone capped a five-year effort to move the public research university system’s $126-billion portfolio into more environmentally sustainable investments, such as wind and solar energy. UC officials say their strategy is grounded in concerns about the planet’s future and in what makes financial sense.

“As long-term investors, we believe the university and its stakeholders are much better served by investing in promising opportunities in the alternative energy field rather than gambling on oil and gas,” Richard Sherman, chair of the UC Board of Regents’ investments committee, said in a statement…