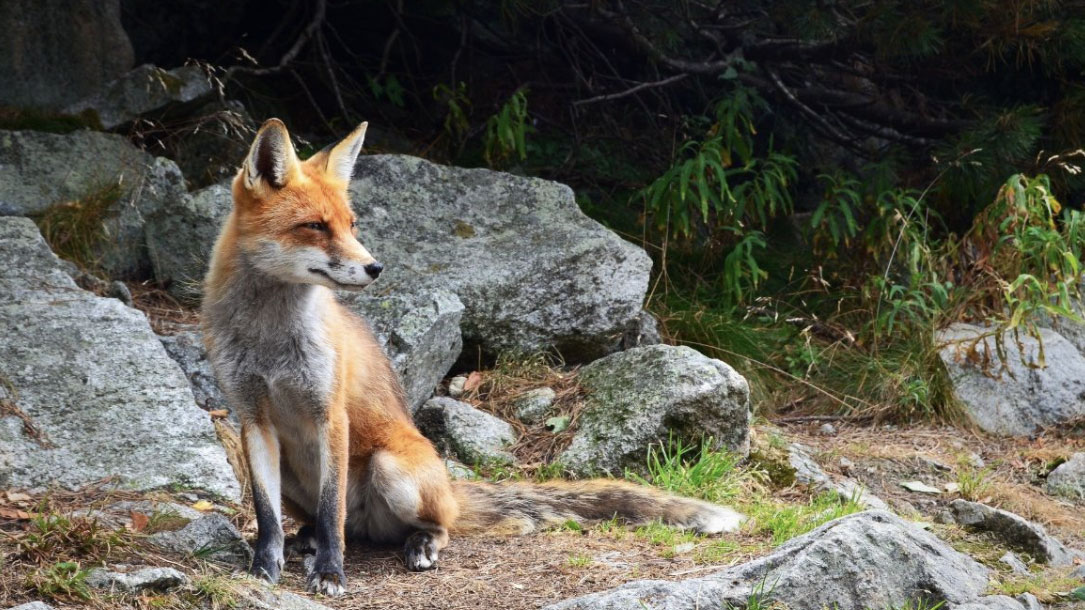 While focused on adaptation, managing land can also be a central strategy in our efforts to slow down climate change.

The Land Conservancy is beginning an ambitious new initiative — to create the Western New York Wildway. The Wildway will be an extensive series of protected lands that connect the vast forests of northern Pennsylvania to the Great lakes, through to the Finger Lakes, the Adirondacks, and beyond. It will form part of the Eastern Wildway which runs all the way from Canada to the Gulf of Mexico.

The Wildway will allow plants and animals to migrate across the land as they once did, to move as climate changes, and to expand their ranges and ensure their survival… 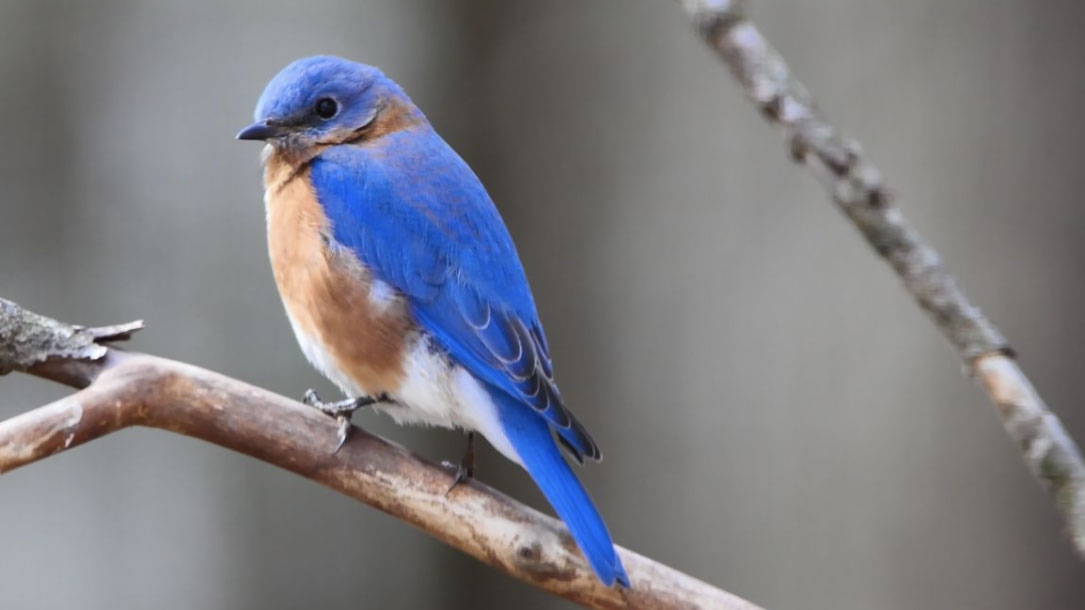 The future of birds in our national parks

Audubon scientists have teamed up with colleagues from the National Park Service to look at how the accelerating change in climate will affect the birdlife in 274 National Park Service properties. Detailed reports for every park list birds for which the climatic conditions will be getting better or worse or staying the same. The reports also predict some species that might disappear from each park and others that could move in. 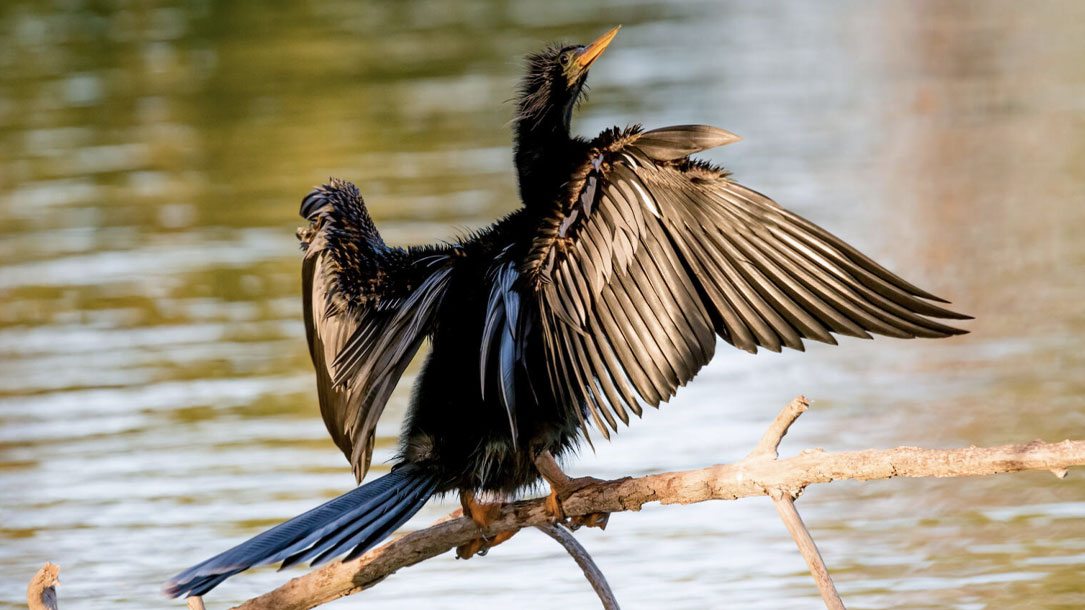 All over the country evidence is mounting that climate change is impacting the health and survival of birds. Yet too often conservationists get caught up in the anti-wind, and anti-solar, arguments because they can cause bird injury or death. While that is true, it is nothing like what climate change is doing. We have to help people understand what's at stake.

Audubon scientists have teamed up with colleagues from the National Park Service to look at how the accelerating change in climate will affect the birdlife in 274 National Park Service properties. Detailed reports for every park list birds for which the climatic conditions will be getting better or worse or staying the same. The reports also predict some species that might disappear from each park and others that could move in.

National Audubon continues to push for climate action from a variety of perspectives. See if this is something you agree with—and if so, you could share it.

“Congress should pass a suite of policies that enhance the carbon storage and biodiversity of our forests.

Audubon’s own science shows that climate change is the greatest threat to North American birds, with two-thirds of species vulnerable to extinction if carbon emissions continue at their current pace. Birds that rely on boreal and western forests are at especially high risk. However, if we keep warming below 1.5 degrees C—which would require reaching net-zero greenhouse gas emissions by 2050—we can improve the outcomes for 76 percent of those imperiled birds. While reaching this target will require decarbonization across our electric, transportation, and industrial sectors, we can also implement policies that help our working lands be part of the climate solution…” 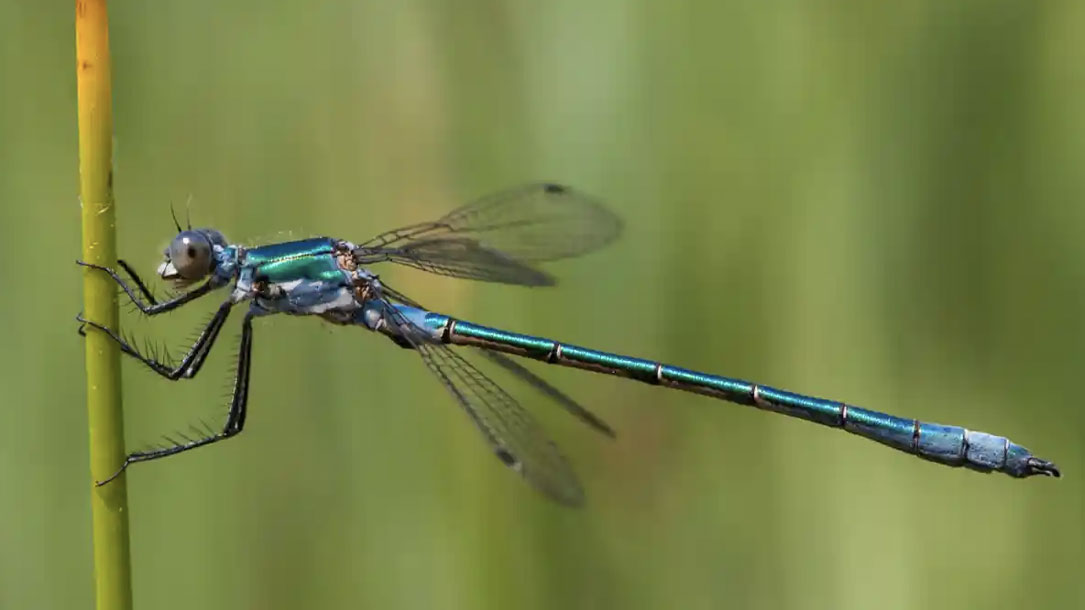 This ‘Frightening’ global decline is ‘tearing apart tapestry of life’, with climate crisis a critical concern...

Insect populations are suffering “death by a thousand cuts”, with many falling at “frightening” rates that are “tearing apart the tapestry of life”, according to scientists behind a new volume of studies.

The insects face multiple, overlapping threats including the destruction of wild habitats for farming, urbanisation, pesticides and light pollution. Population collapses have been recorded in places where human activities dominate, such as in Germany, but there is little data from outside Europe and North America and in particular from wild, tropical regions where most insects live. 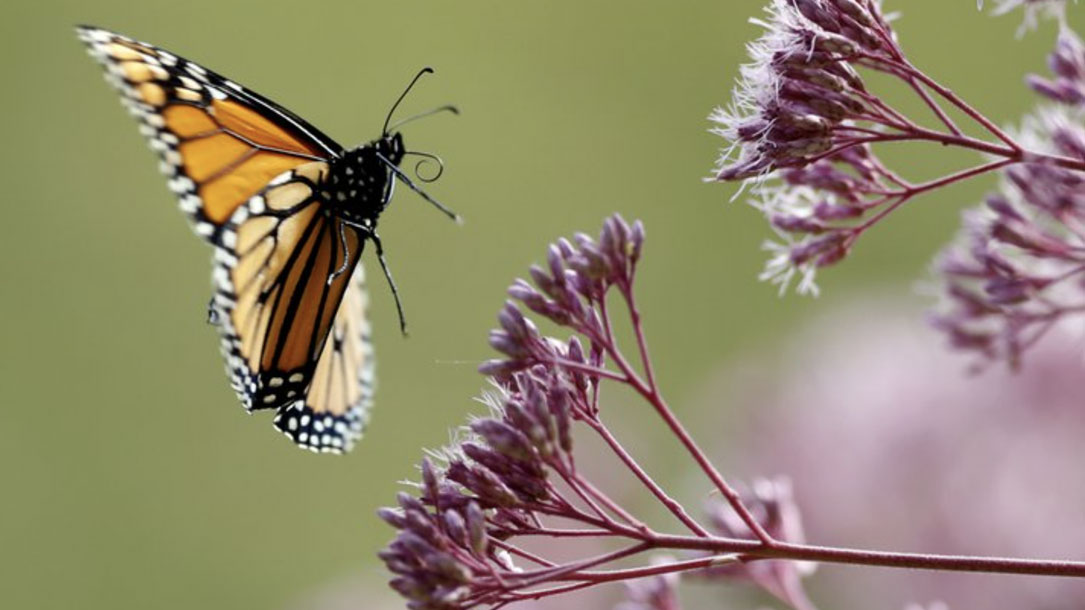 "The problem, sometimes called the insect apocalypse, is like a jigsaw puzzle. And scientists say they still don’t have all the pieces, so they have trouble grasping its enormity and complexity and getting the world to notice and do something..."

Climate change, insecticides, herbicides, light pollution, invasive species and changes in agriculture and land use are causing Earth to lose probably 1% to 2% of its insects each year, said University of Connecticut entomologist David Wagner, lead author in the special package of 12 studies in Monday’s Proceedings of the National Academies of Sciences written by 56 scientists from around the globe. 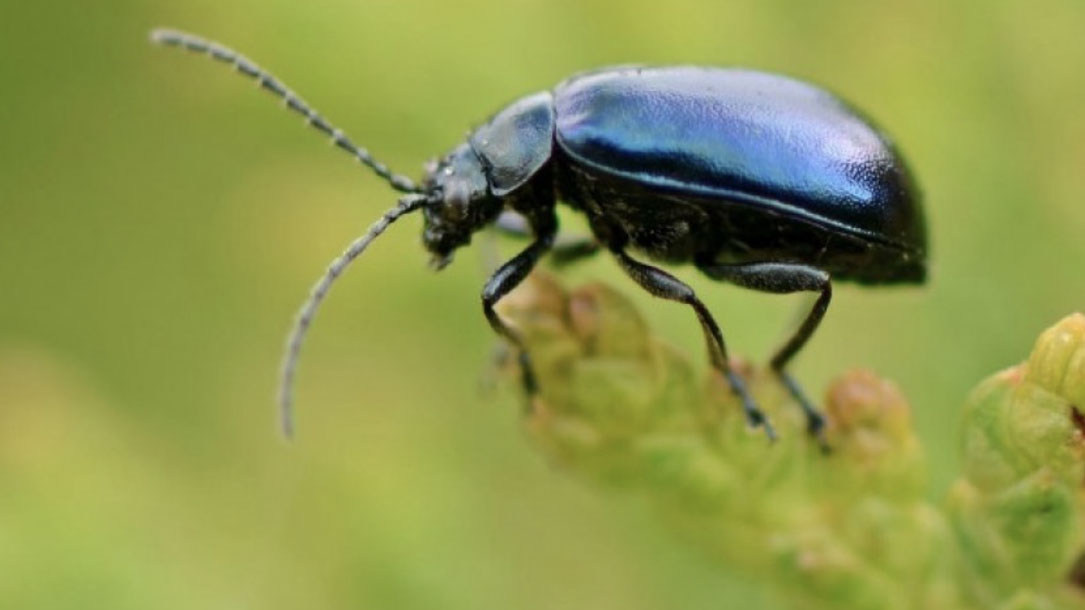 "Climate warming is the driving force behind the collapse of the forest's food web." —Bradford Lister and Andres Garcia

When a scientist who studies the essential role insects play in the health of the ecosystem calls a new study on the dramatic decline of bug populations around the world “one of the most disturbing articles” he’s ever read, it’s time for the world to pay attention.

The article in question is a report published Monday in the Proceedings of the National Academy of Sciences (PNAS) showing that in addition to annihilating hundreds of mammal species, the human-caused climate crisis has also sparked a global “bugpocalypse” that will only continue to accelerate in the absence of systemic action to curb planetary warming. 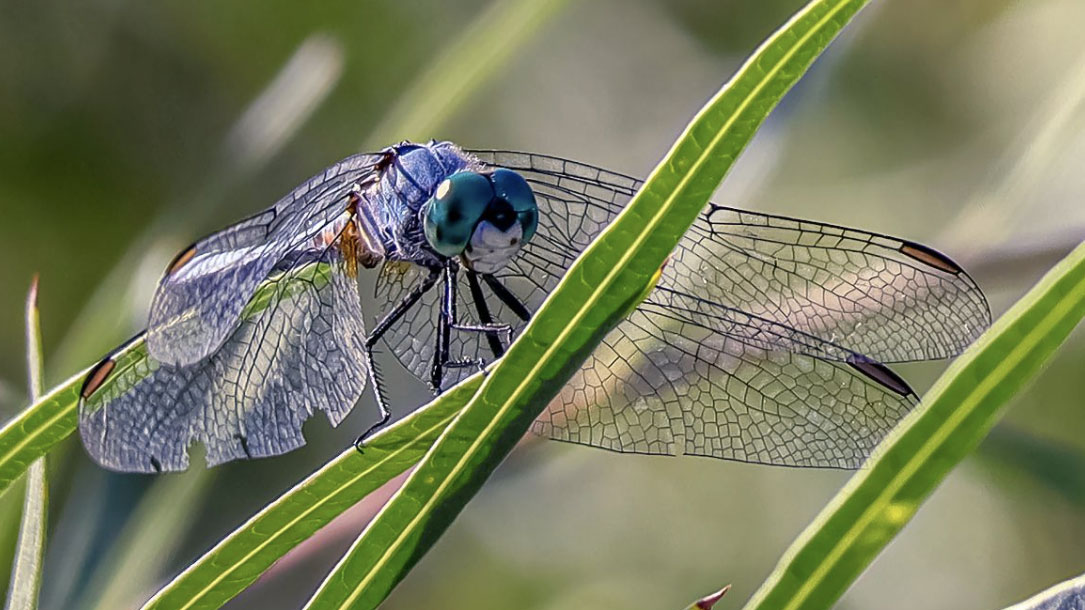 A collection of new scientific papers authored by 56 experts from around the world reiterates rising concerns about bug declines and urges people and governments to take urgent action to address a biodiversity crisis dubbed the “insect apocalypse.”

Emphasizing the consequences of such declines, University of Connecticut entomologist David Wagner, the package’s lead author, told the Associated Press that insects “are absolutely the fabric by which Mother Nature and the tree of life are built.”

According to Wagner, many insect populations are dropping about 1-2% per year. As he put it to The Guardian: “You’re losing 10-20% of your animals over a single decade and that is just absolutely frightening. You’re tearing apart the tapestry of life”… 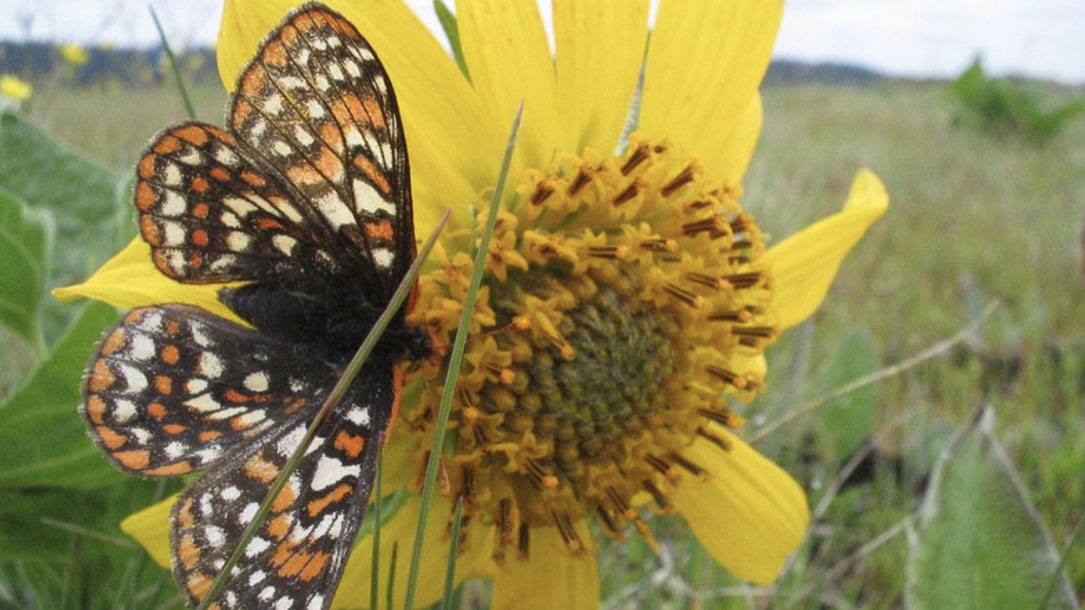 Dr. Tara Cornelisse, an entomologist and senior scientist at the Center for Biological Diversity (CBD), said, "These declines are a wake-up call that we need to dramatically reduce greenhouse gases to save these beautiful and beloved butterflies, as well as our very way of life..."

A study published today in Science found that climate change is contributing to widespread butterfly decline across the western United States. Using three different long-term datasets from the western U.S., the authors found downward trends in a majority of butterflies, including historically common species like the west coast lady. 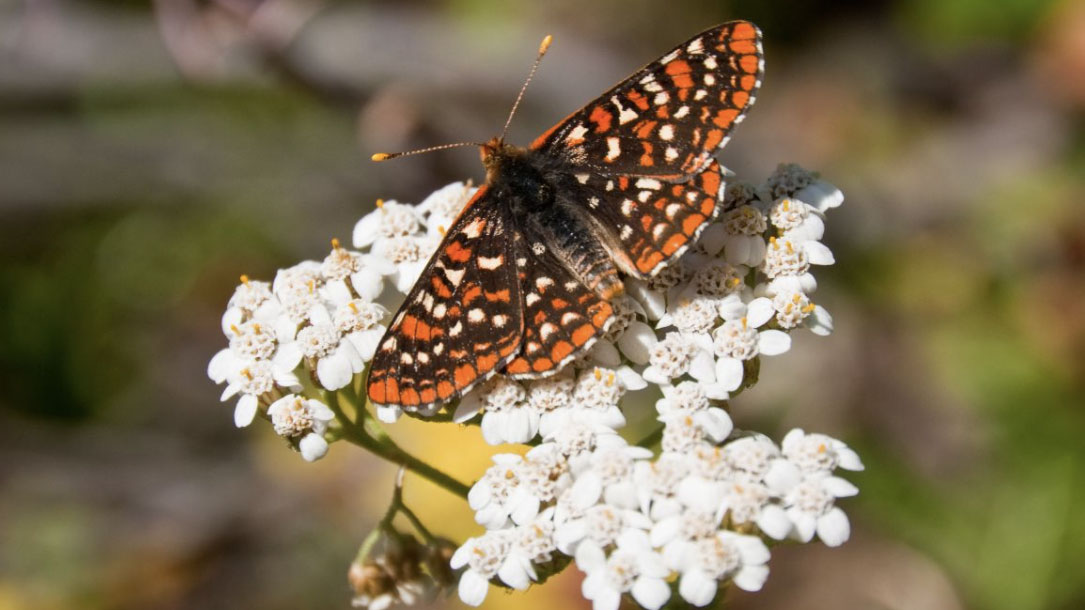 This new study published in Science looked at three different data sets that cover the last 40 years of butterfly populations across more than 70 locations in the Western U.S..."That so many of our butterflies are declining is very alarming," Dr. Tara Cornelisse, an entomologist and senior scientist at the Center for Biological Diversity (CBD)...

Many recent studies have revealed sweeping declines in insects over the past few decades. Butterflies are no exception. This study used three different datasets, collected by both experts and community scientists, and found that the number of butterflies has declined over the past 40 years. Although the drivers of decline are complex, the authors found that climate change—in particular, warmer months in the autumn—explain a large portion, even as warming summers actually lead to increases. This work shows that climate change impacts may be insidious and unexpected in their effects…